Thank you for the application.
To get a legal advice

How to protect yourself when renting an apartment: comments from a lawyer

“They didn’t pay, made a scandal and refused to move out”: how to protect yourself when renting an apartment 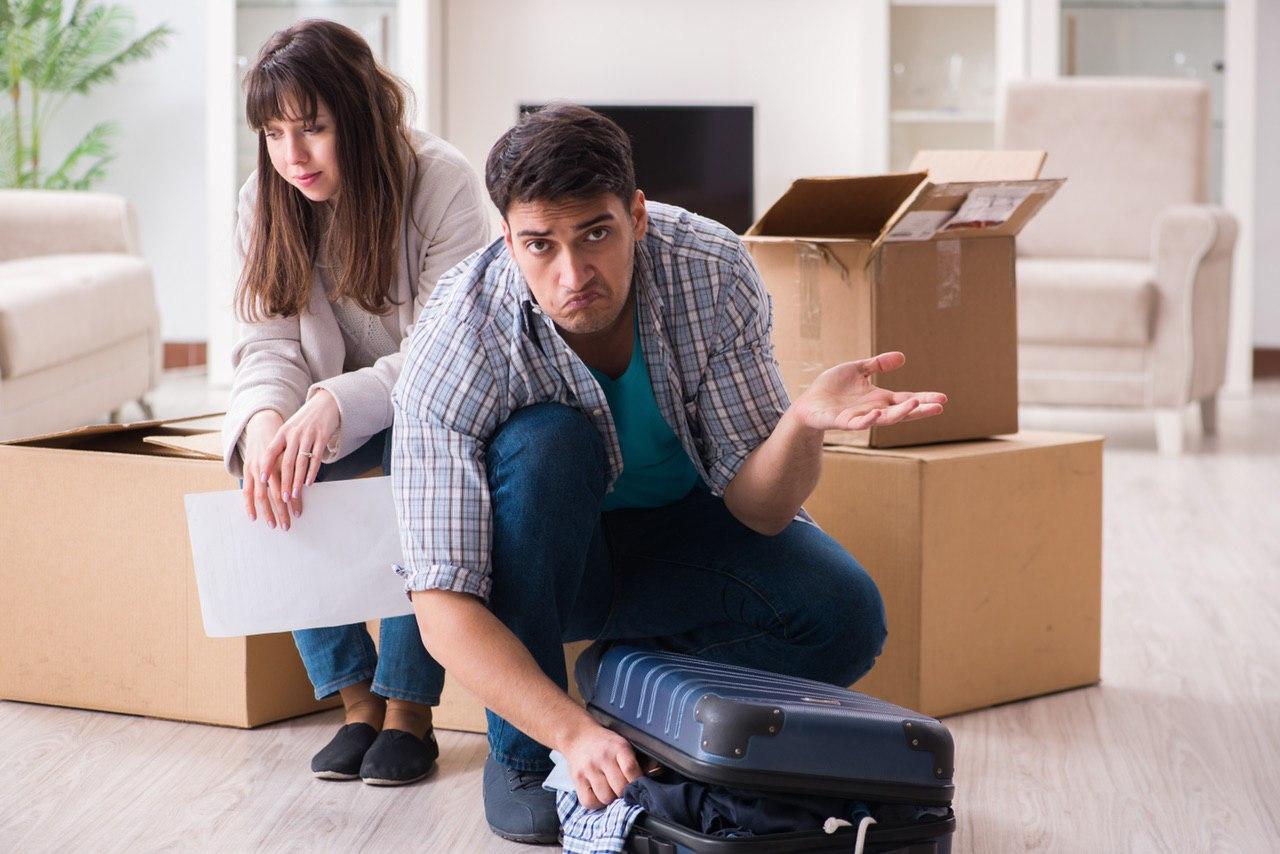 According to the Ministry of Internal Affairs of Russia for the city of Kemerovo, in the regional center in 2019, six appeals were registered related to conflicts between landlords and tenants. Some tenants stop paying, others refuse to move out of rented apartments, and others damage property. At the same time, lawyers note that most disputes over a lease agreement do not reach the police and the court, and many homeowners rent it out without any agreement at all - which means that the prospects for turning to justice are very vague.

A42.RU correspondent Vyacheslav Vorozheikin found three similar stories from life and figured out what to do in order not to get into them.

Stepan Fedotov - a programmer, he is 30 years old, he lives in one apartment, and rents out another. When he decided to sell the house, he could not do it for six months: tenants with many children simply refused to move out.

- We rent an apartment on Autumn Boulevard, - says Stepan. - We signed a lease agreement with a man, he began to live in our apartment with his wife and three minor children. Subsequently, we decided to sell the apartment, informed the tenant about it, but he refused to move out.

The tenant stopped paying utility bills and began accumulating debts. The man told the indignant owners that he would not go anywhere, that they had no right to evict him, and that he would only move out by a court decision. A few months later, when Stepan came again to serve a notice of termination of the contract, the tenant called the police. & nbsp;

- He wrote a statement that I allegedly tried to illegally enter his apartment. Later, I was told that this person, if sued, delays the process, for example, does not appear at court hearings. Then, even after losing the case, he appeals. And all this time he lives in an apartment, accumulates debts, after which he leaves.

Can't a tenant really be evicted at the request of the landlord?

According to the Constitution, no one can be arbitrarily deprived of a home. According to the lease agreement, the dwelling for the tenant is the rented apartment. Therefore, paradoxically as it may seem, it is the tenant who has more rights to terminate the contract: he can move out whenever he wants, but the owner can evict him only after the expiration of the contract. Or through the court - if there are grounds (listed< /a> in Civil Code), which still needs to be confirmed.

If there was no written contract of employment, it would seem that everything would be simpler: call the police and say that unknown persons have seized the apartment.

In practice, having received a statement, the police clarify the circumstances. And when they hear from tenants that they are renting under an oral agreement, they are advised to resolve the conflict in court. Police officers do not have the right to withdraw tenants by force, this can be qualified as abuse of authority. They can only draw up a document confirming the presence of unauthorized persons in the apartment.

The owner of the apartment, of course, has the right to change the locks if he got into the apartment. But the police will not help to expel the residents - they will only ensure law and order.

For Stepan, this story ended relatively well - without numerous trips to court. After receiving a notice of termination of the contract, the tenant and his family moved out of the apartment a few days later. At the same time, the lock on the front door was broken, several dead fish were hidden in secluded places, and pieces of furniture were screwed to the floor and to each other.

The A42.RU situation was commented on by the press service of the Main Directorate of the Ministry of Internal Affairs of Russia for the Kemerovo Region. On the fact of the incident, the police are checking.

— According to the results of the inspection, a decision will be made in in accordance with the current legislation. According to  according to  at present, the parties to the conflict were able to reach an agreement and the tenant left the house, taking his belongings, the department said.

The police stressed that a few years ago, the same man rented another home. Then he managed to be evicted only through the court - with the intervention of bailiffs.

Attorney, chairman of the bar association "Yurproekt" Dmitry Malinin comments on the situation:

If the tenant does not pay and does not move out, I recommend the following options:

I do not recommend:

Alla Kravchuk works in a newspaper and rents the KGT inherited from her parents. The tenants did not pay for the room for 8 months, and then deliberately made a mess to prevent it from being sold.

“KGT for 12 square meters was bought by my parents ten years ago, when I graduated from high school,” says the journalist. “I lived there, got married, and we moved to a larger rented apartment, then took out a mortgage. This room was rented out almost immediately after the move.

The tenants changed often and weren't always perfect and disciplined, but nobody allowed big delays. Until at the beginning of 2018, a young girl, a friend of a friend, stopped by Alla's KGT.

— I took a fee of 7,500 rubles a month, plus she paid for utilities herself. There was no lease agreement, everything was kept on an honest word. It same like familiar people. I didn set preconditions for repairs or, for example, a ban on pets and and later regretted it. On the third month, the lodger got a dog. She picked it up somewhere. And another month -a guy.

The girl worked as a sales assistant in a supermarket, whether the guy worked—Alla didn’t know. When the tenant didn’t pay for the first time, she said that she was robbed of the money that she carried to the ATM to put on the card. And so the debt began to pile up.

— Then there were many more fairy tales. That they delayed the salary, that they need money for treatment, but there there is rent left for the rent, and and and so on. They didn't pay for about eight months. Then they began to pay again, but the debt remained. With the eviction I dragged to the last, as I hoped that the debt would be returned. But that didn't happen. I am a non-confrontational person. At first I just persuaded, conscience, then threatened that I would go to the police. But it didn not really work. It was very insulting that I to people with kindness, and they act like this.

Alla put KGT up for sale. Unscrupulous tenants deliberately made a mess so that potential buyers who came to inspect the room would not like it.

— Buyers were shocked by the state of housing. In the end, I told this couple, they say, they sold the room, and you have to move out in a week, although this was not true. They finally left, leaving peeled wallpaper and grime. My husband and father and I had to make repairs, and only after that I was actually able to sell my KGT. I have a receipt in my hands that the tenants undertake to repay the debt by the end of this year. So far, not a single penny has been returned. I plan to go to court, but I don’t know how it will end - there is no contract on paper, only oral. I drew a conclusion from this story: renting apartments is not for me. And trusting people is worth less.

Dmitry Malinin comments on the situation:

Everyone understands that a lease agreement must be concluded. In addition, it must be designed so that it is not a formal paper, but an effective tool for solving problem situations. Here is a checklist of the main things to write down.

“I WAS JUST GLAD THAT EVERYTHING WAS ENDED”

Maria Rodnikova is a teacher and psychologist. The tenants did not pay her for almost a year, citing their old age and disability. They pressed on pity, and then made a scandal.

— Three years ago, I inherited a one-room apartment from mum. I decided to rent it out, my good friend brought a tenant a young guy. It seems like his elderly and  sick parents will live, but all negotiations and  settlements will be carried out with he. In real estate I never trusted a word, we signed a contract, but since the person acquaintances I did not plunge into details, we took the simplest, standard template.

The guy paid regularly for several months, and then stopped answering the calls. Maria waited another month and went to her tenants.

— The woman said that her son was doing some dubious commercial business and was in trouble, but will appear and pay. This, of course, did not happen, and we conversed with her and further. She constantly put pressure on the fact that she was sick, the diseases were serious, her pension was spent on medicines, she had nowhere to go. She said that their son practically abandoned them. Then she said that they had made repairs, pasted wallpaper, and & nbsp; asked to set off the cost of repairs in & nbsp; the payment account. After each conversation, I came to myself for half a day, it was psychologically difficult.

The story dragged on for almost a year. In the end, without waiting for the money, Maria decided to sell the apartment.

- The tenants refused to leave, began to make real scandals. The woman shouted "I'll write to Tuleyev!", "I'm disabled, I can't be evicted!" She was, of course, taken for a madwoman, but it was still unpleasant. For the last conversation, I called stronger relatives - just in case, suddenly the tenants attack me with their fists. They did not attack, but on the contrary, they themselves called the police - and I called the carpenter. The district police officer interviewed both the tenants and me, looked at my documents for the apartment and the lease agreement. In the presence of the police, the couple behaved more quietly, the carpenter replaced the locks on the doors. It worked - the tenants finally moved out. I myself did not write any statements, the police did not conduct any checks. I didn’t even have a thought to demand debts later, I was just glad that everything was over. My blood pressure started to jump from this story, my migraine worsened. I even went to procedures afterwards - a drip, physiotherapy - to feel better.

Dmitry Malinin comments on the situation:

The eviction procedure through the court and bailiffs will take about five months. The algorithm of actions in this case is as follows:

It is important to note that the tenant can be charged the rent for the entire period, the sanctions stipulated by the contract for not paying the rent on time, as well as the amount of property damage, if such a fact is established.

Read also in the source on A42.RU

Life hacks for owners of commercial real estate: how to rent out premises to a retail chain
News
Cadastral revaluation of land from January 1, 2021 is canceled
News
The cadastral value was overestimated again - what should land owners do?
News